Showing posts from November, 2018
Show all

Economic Inequality in the Rentier State 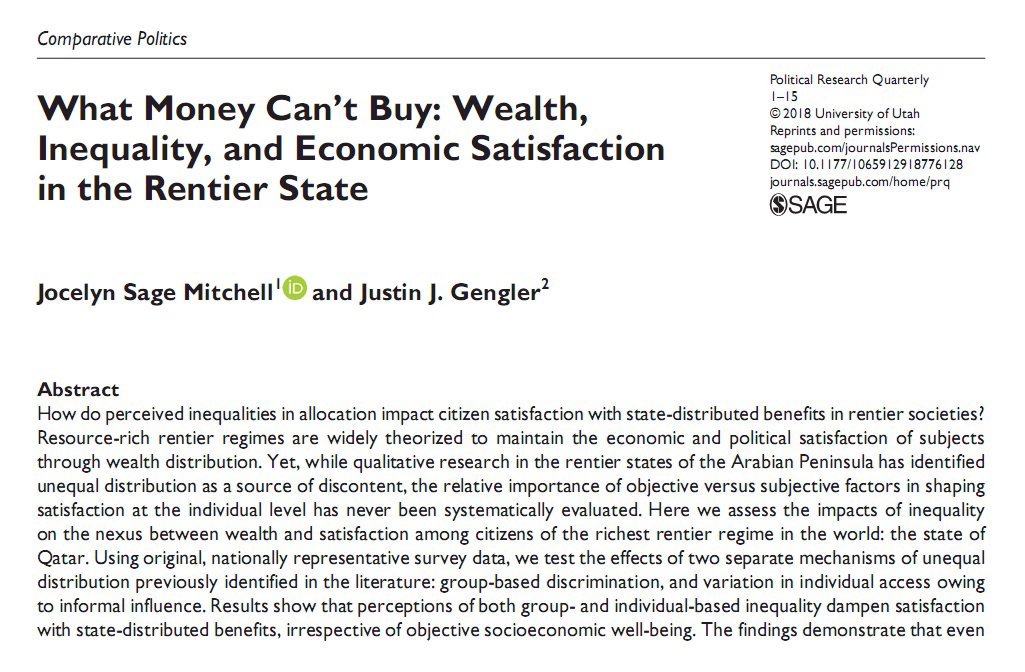 Just published (online) in Political Research Quarterly is a coauthored paper that assesses the effects of perceived inequalities in distribution of welfare benefits in rentier states.  That is, does it matter that some rentier citizens receive more financial patronage than others, so long as everyone is rich in absolute terms?  The answer, as one might expect but contrary to classical rentier theory, is yes. We use data from a 2013 national survey of Qatari citizens conducted by my institute, SESRI, to show that perceived unfairness in distribution—both among citizens and between citizens and expatriates—dampens satisfaction with the rentier subsidies that people do receive.  More specifically, Qataris who perceive high levels of distributional unfairness report substantially lower satisfaction with state benefits, irrespective of their objective wealth (household income).
Read More